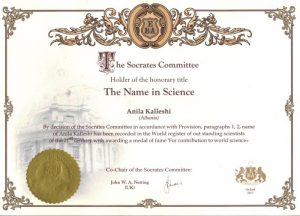 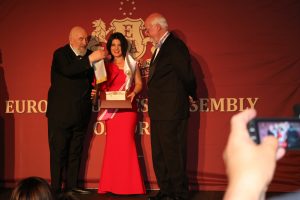 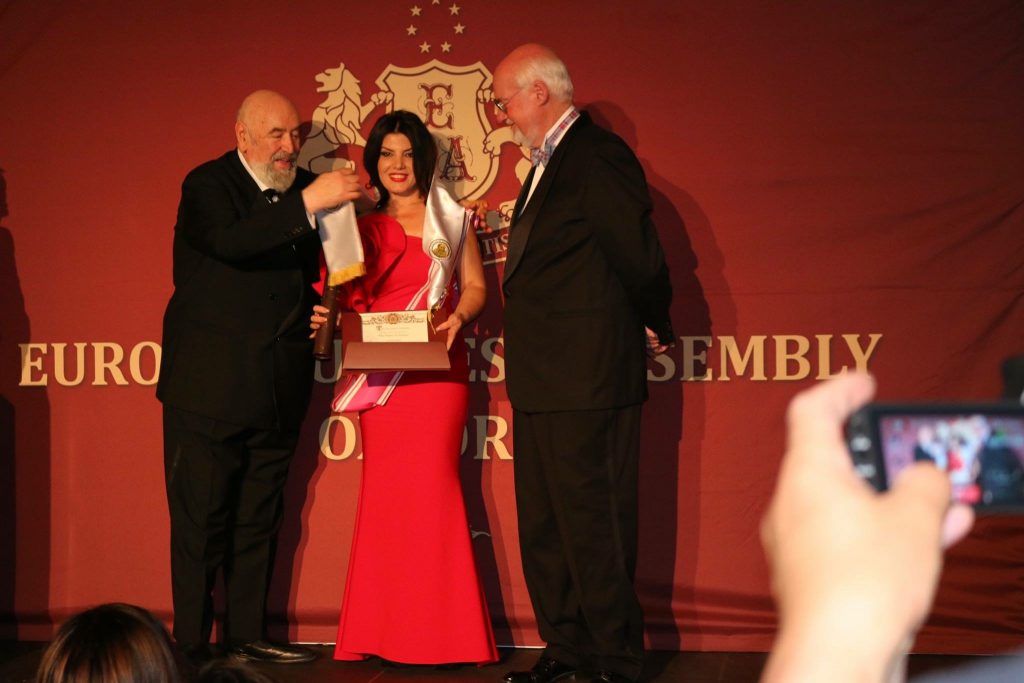 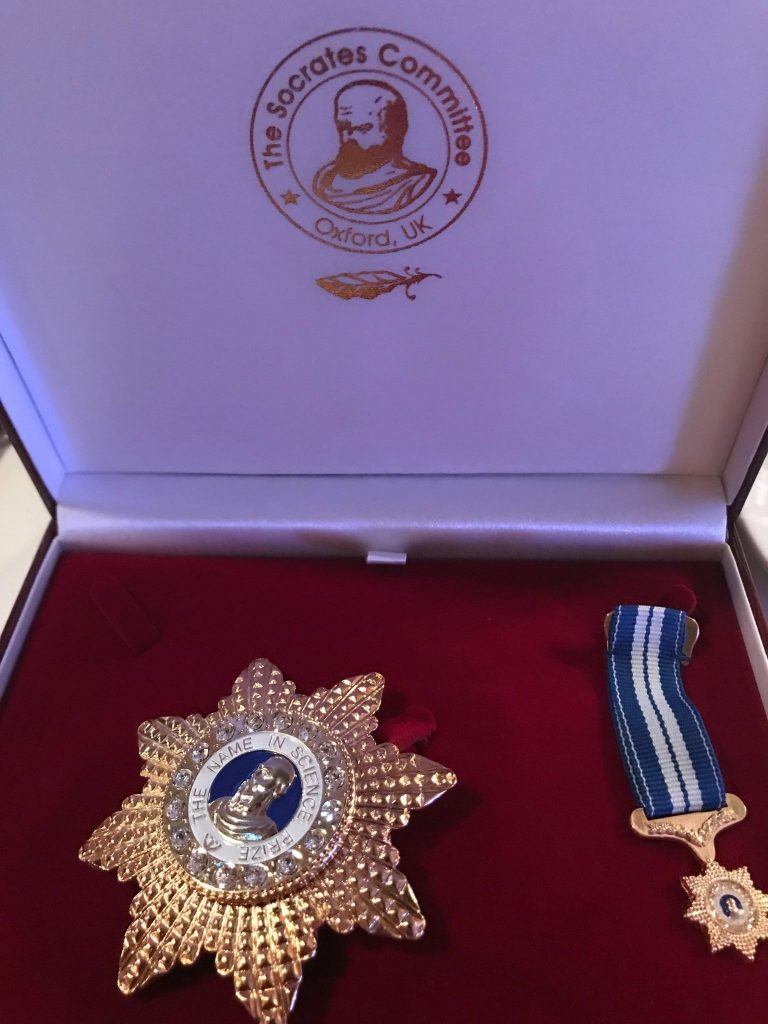 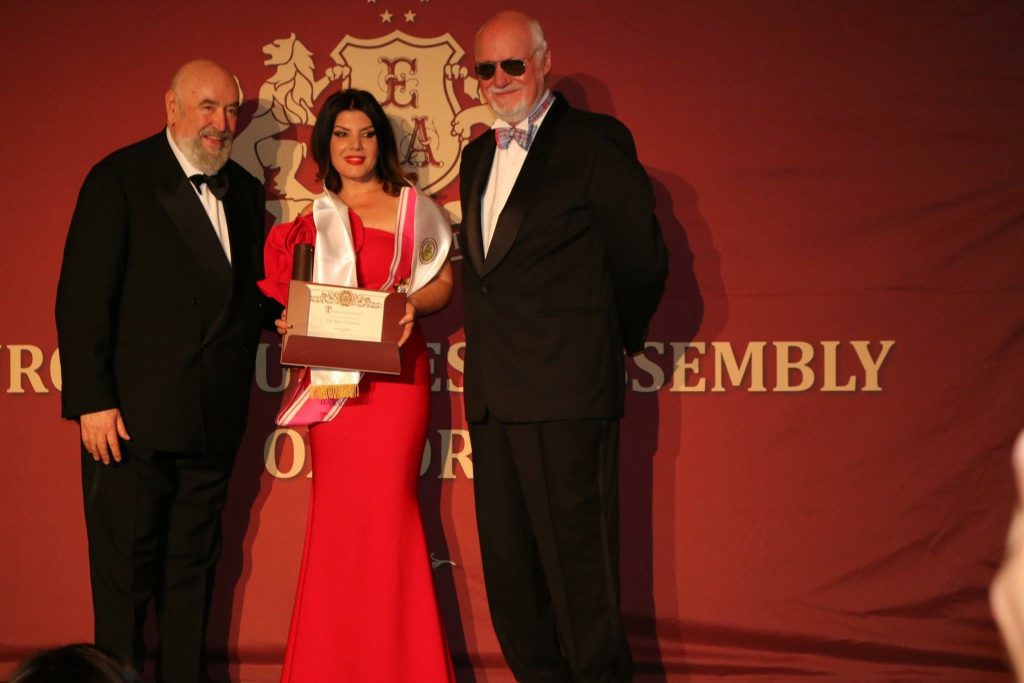 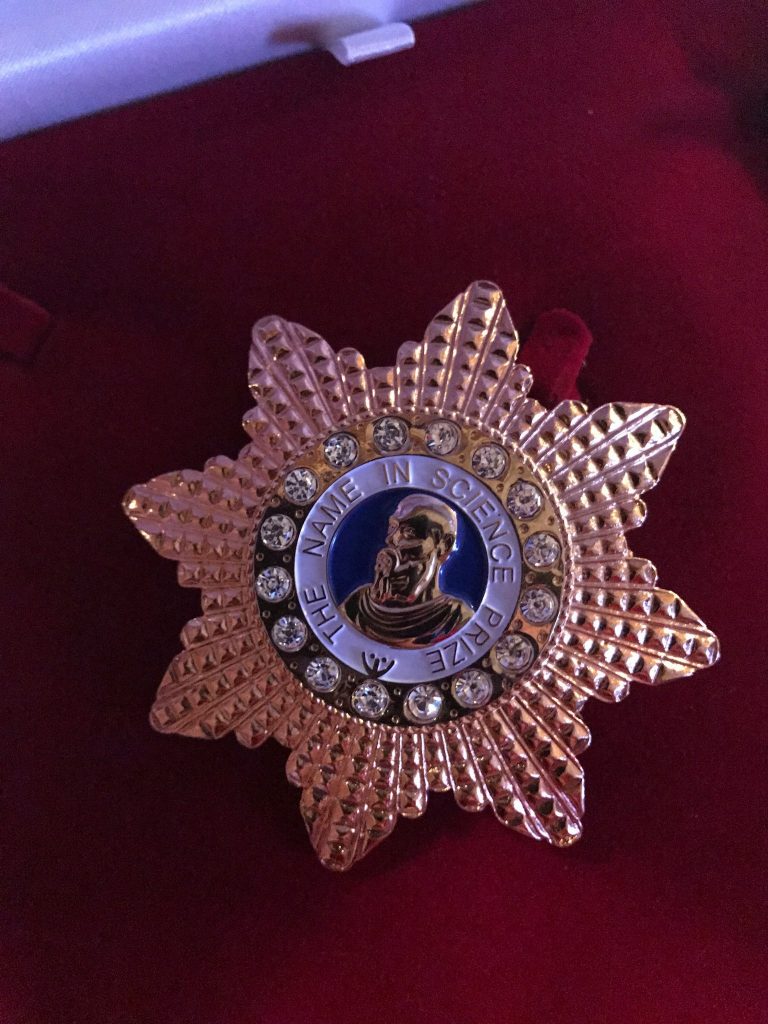 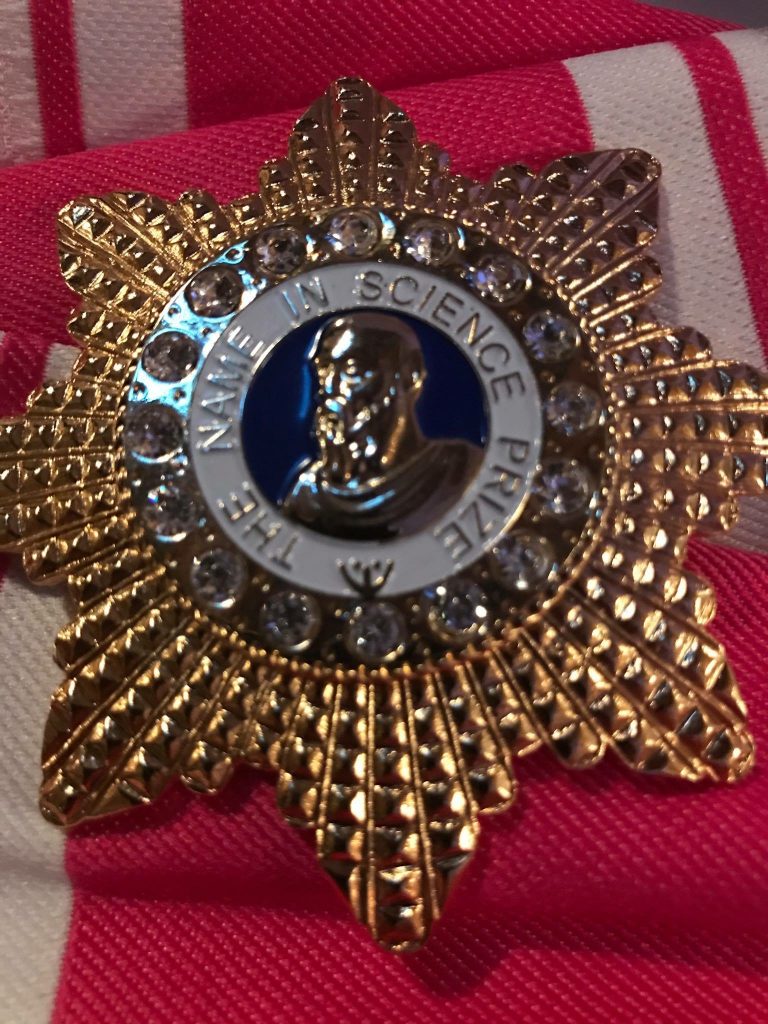 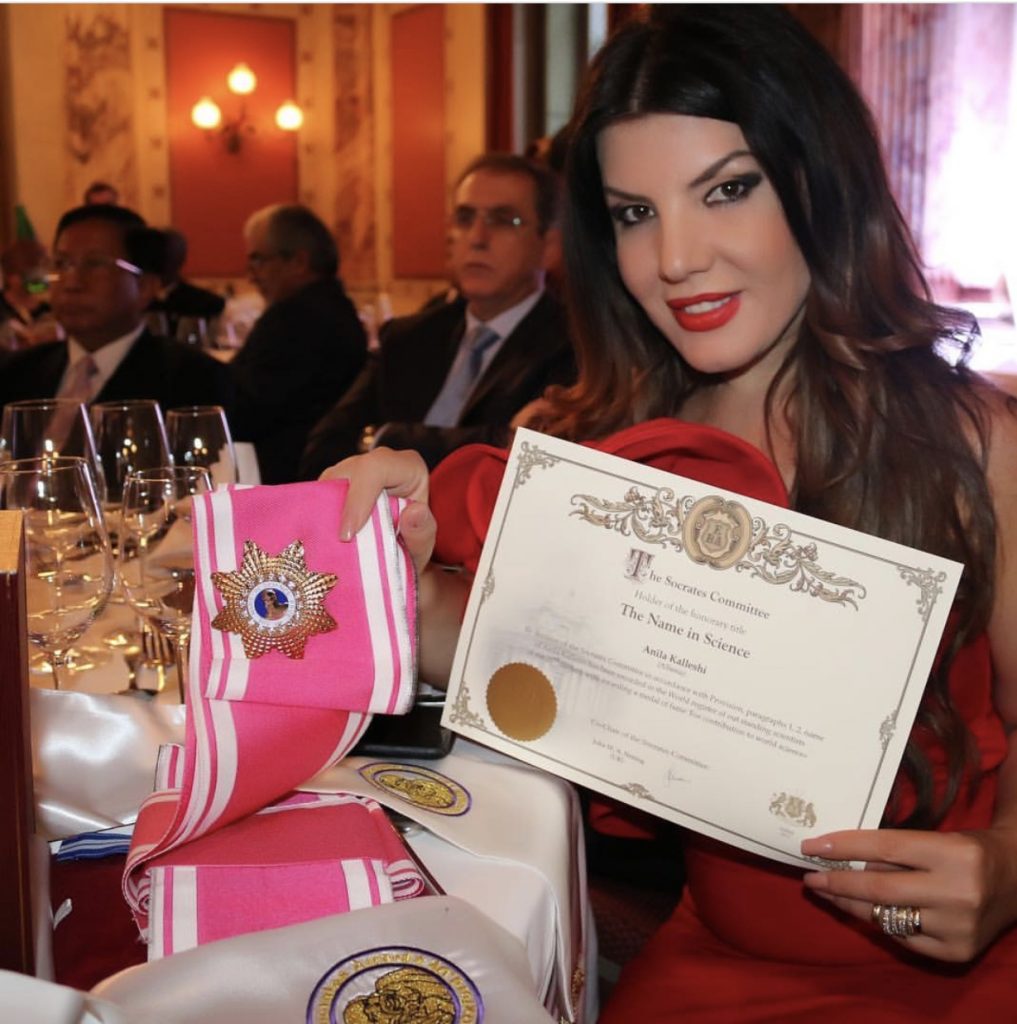 The name in science

By decision of the Socrates Committee in accordance with Provision , paragraphs 1,2 name of Anila Kalleshi has been recorded in the World Register of Out Standing Scientist of the 21-th century with awarding a medal of fame” For contribution To world science”

The Europe Medical Association (EMA) and Socrates Nomination Committee – International Awards for the medical sphere, the ‘’Rose of Paracelsus” and Certificate of “Best medical practice” Anila Kalleshi is chosen as one of the
prominent representative of regional healthcare .
Brilliant scientific career joined with fruitful professional and social activities made you well-known outside
your country and ranked you among the world intellectual elite.
The honorary award ‘The Name in Science’ (Patent reg. # 2563774, legal, patent and other rights are EBA protected UK legislation property). Anila Kalleshi  received  an honorary title ‘The Name in Science’, personal certificate and medal ‘For the contribution
to the world science’, her name is added to the world list of significant scientist.
The Name in Science Awards is presented in Lucerne, Switzerland during the Excellence in Quality Summit (3-4 July 2017). Attendees included prominent regional producers, top-level businessmen, leading healthcare providers and international quality experts. The medical session it is chaired by Dr. Vincenzo Costigliola, President of European Medical Association (EMA).