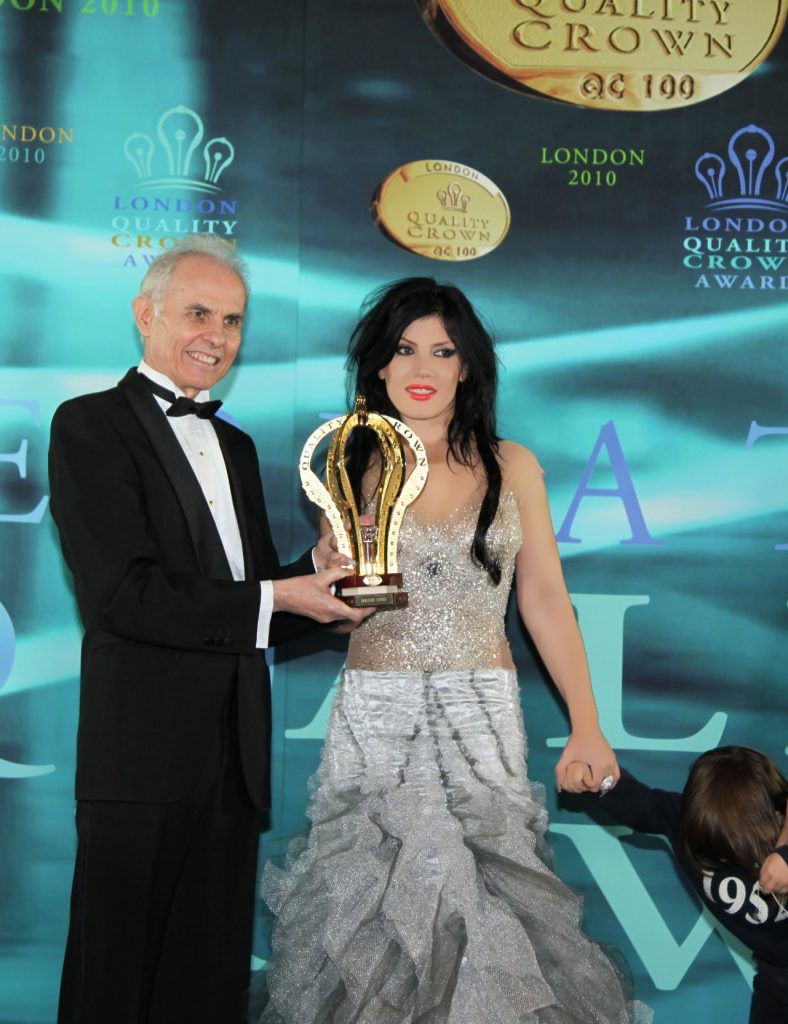 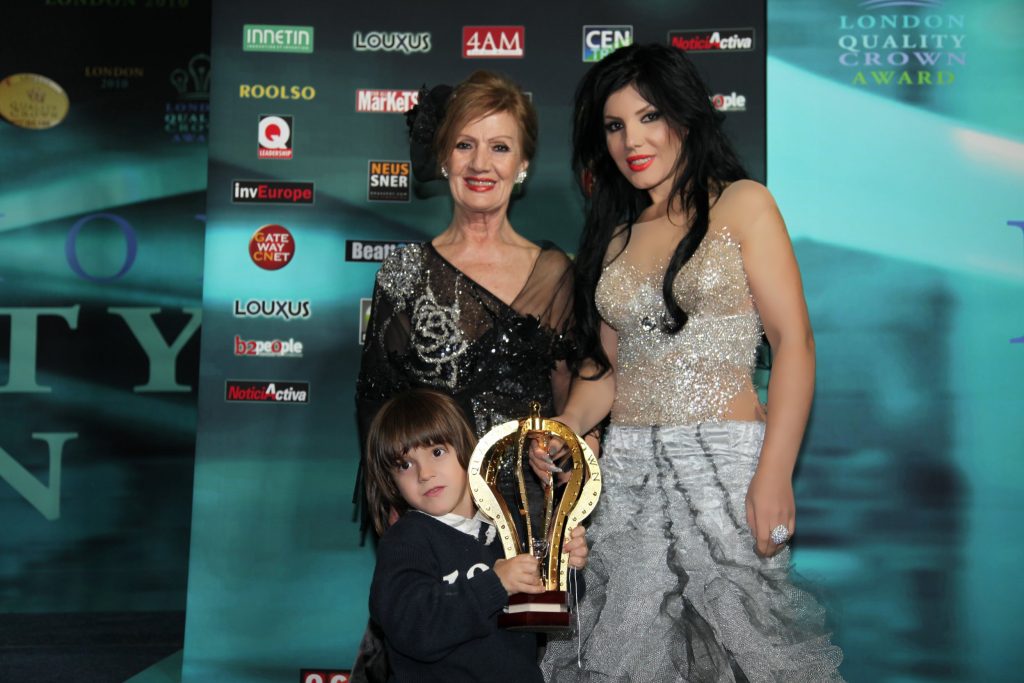 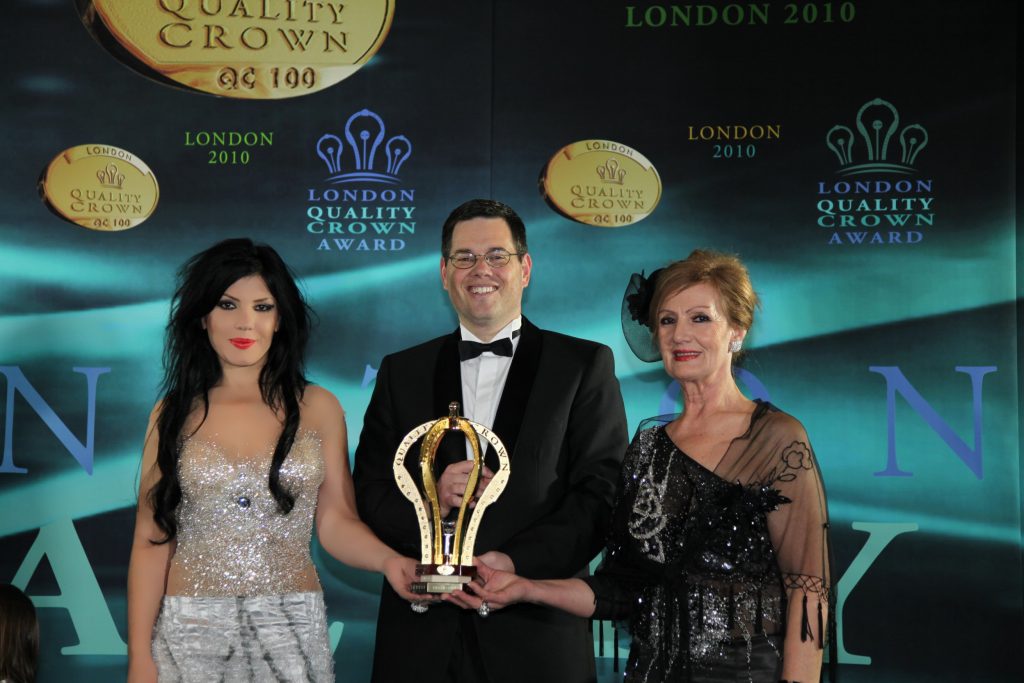 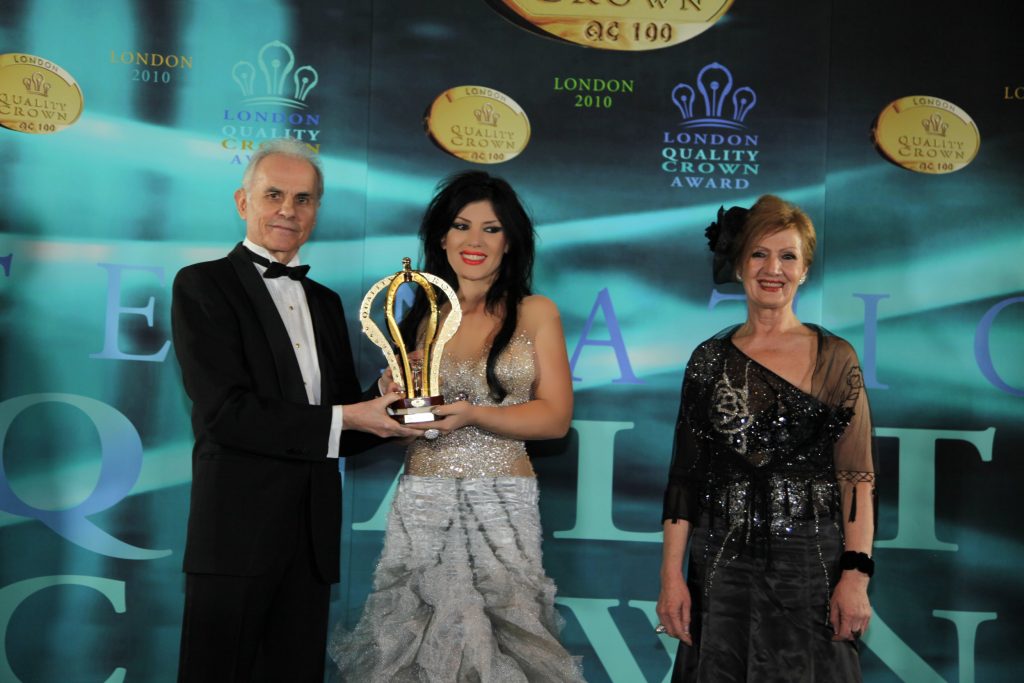 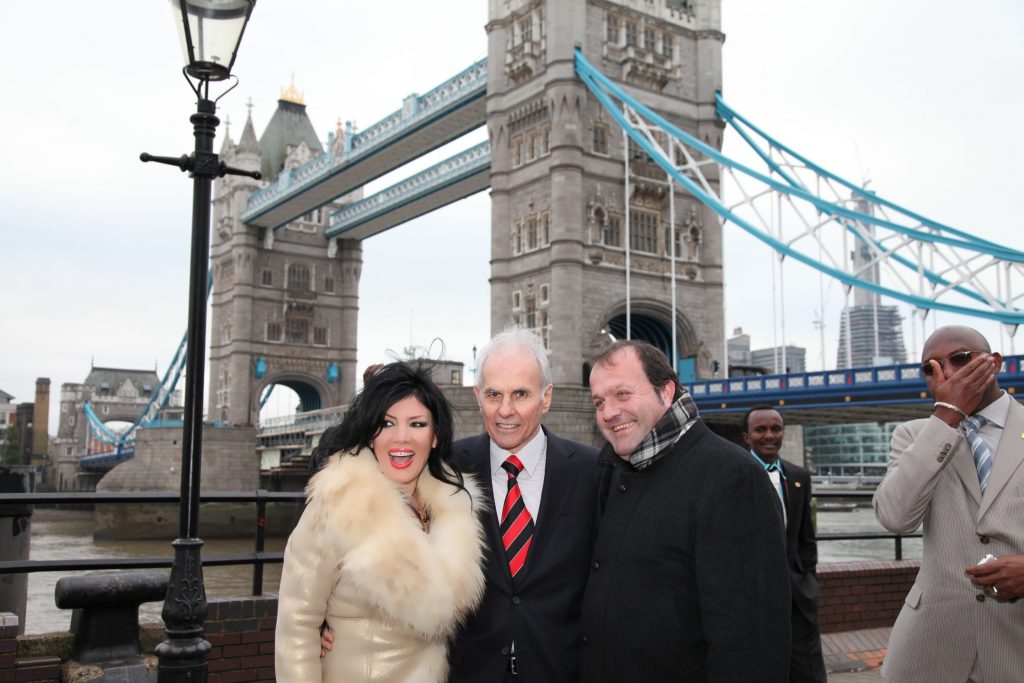 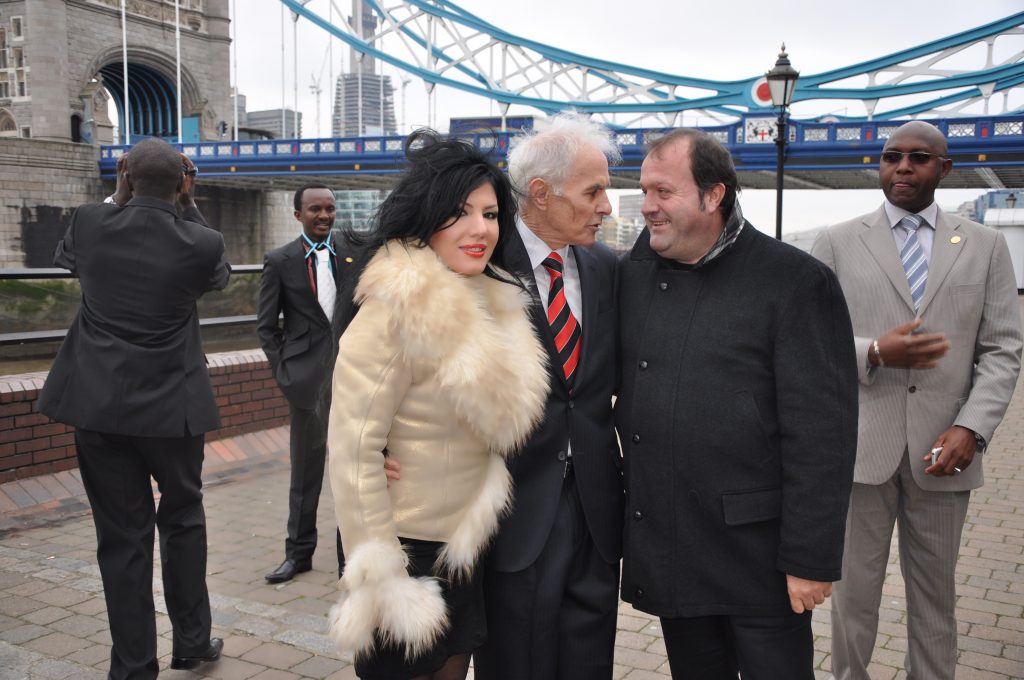 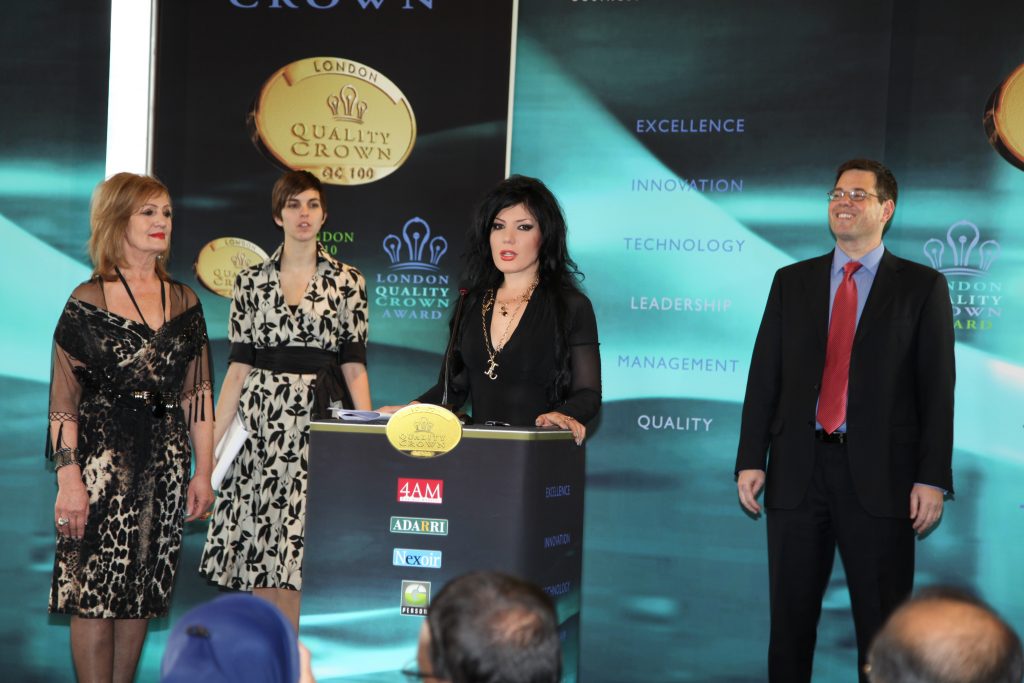 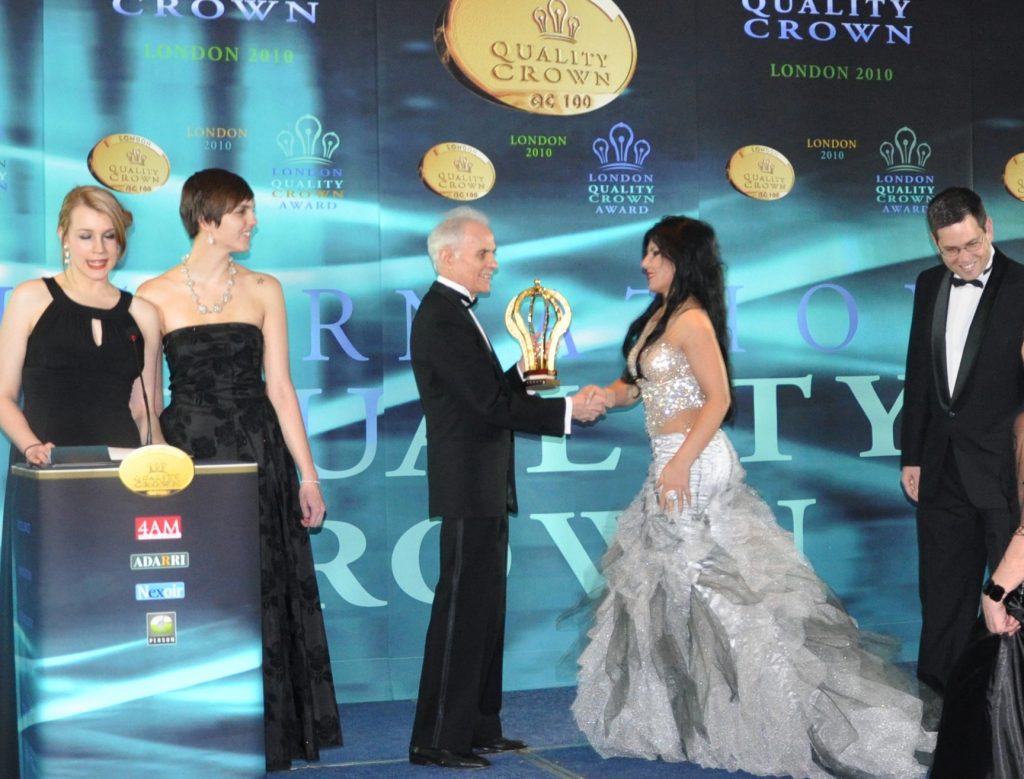 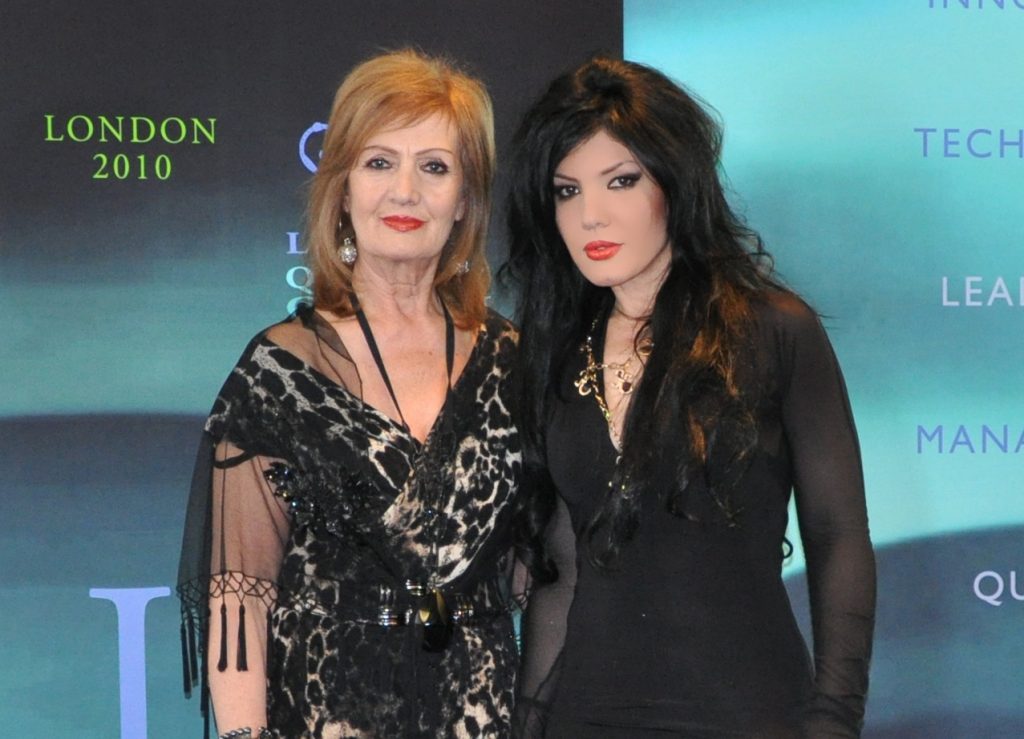 Anila Kalleshi’s Center was honored in London before business leaders and representatives of the diplomatic corps from 43 different countries. Above:  Anila Kalleshi, Administrator of Anila Kalleshi’s  Center on stage with Craig Miller, President of the B.I.D. QC100, upon receiving a distinction given to companies committed to quality, the International Quality Crown Award, of Business Initiative Directions.

Before business experts gathered from 43 countries, and members of the diplomatic corps in London, , and Anila Kalleshi, Administrator of Anila Kalleshi’s Center, took the stage sharing the quality practices of the company. The example made by Anila Kalleshi’s Center as an international role model in quality, upholding and abiding by the principles of the B.I.D.- created QC100 model of Total Quality Management, led it to being honored with the International Quality Crown Award and featured to the business world through graphic and digital media broadcasting coverage.

Quality as a way of life: an attribute of B.I.D. Winners

The B.I.D.- created model of Total Quality Management, known as the QC100, is a formula for business success that focuses on the commitment to quality, customer satisfaction, communication, benchmarking, information analysis, leadership, planning and decision-making, human resources, continuous training, production systems, and business results, mainly emphasizing the commitment to quality and innovation.

The winners in London, from 43 countries, met face to face with the President of Business Initiative Directions, Jose E. Prieto, in an honorary ceremony which recognized their commitment to the use of cutting edge technology to spread quality culture.

Anila Kalleshi’s Center, from Albania, forms part of the B.I.D. Quality Hall of Fame, an ever-growing family present in 178 countries around the world, comprised of companies that uphold international quality culture.

Other winners of the B.I.D. Quality Award this year in London were: Operadora VIPS, S. de R.L. de C.V., a chain of over 260 restaurants in 63 cities throughout the country which forms part of Wal-Mart Stores, the largest company in the world according to the 2010 Fortune Global 500 ranking. In 2007, the annual sales of Operadora VIPS represented 2.6% of Wal-Mart Mexico’s total sales. From Trinidad & Tobago, Arcelor Mittal Point Lisas Limited, which belongs to the world’s leading steel company with revenues of $65.1 billion USD and a crude steel production of 73.2 million tons, was also awarded; Arcelor Mittal Point Lisas Limited is the largest steelmaker in the Caribbean and the largest non-oil industrial complex in the country; Also awarded in London was Reliance Industries Ltd., Hazira Manufacturing Division, of India’s largest private sector company, the Reliance Group, whose activity spans oil and gas, petroleum refining and marketing, petrochemicals, textiles, retail, and special economic zones. A Fortune Global 500 company, RIL’s annual revenues top $44 billion USD, at number 175 in 2010;

From the city of Dubai, a hub of modernity, innovation, and progress, the Dubai Police Headquarter was also awarded, showing how world class institutions are honored by B.I.D. alongside Fortune Global 500 leading companies and business entrepreneurs. The Dubai Police is among the most progressive police forces in the world, cultivating the highest standards of quality and progress. It protects the breath-taking city of Dubai on the basis of education, respect, and its operating system of TQM; and from Zambia, a copper mining and smelting company that is the largest private employer in the country, Konkola Copper Mines PLC, Nkana Operations, currently produces 2 million tons of copper ore per year. Its up-and-coming Konkola Deep Mining Project will expand its capacity to 6 million tons of ore per year.